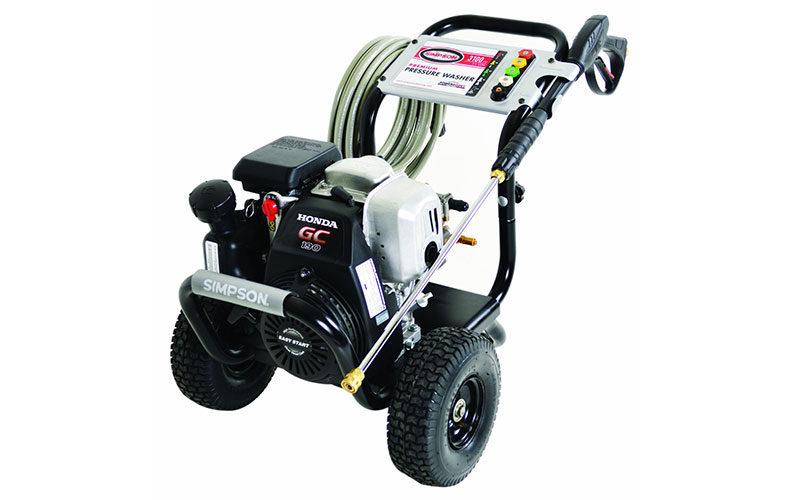 When it comes to cleaning computer components, cans of pressurized air have no rivals. Where vacuums of all sorts fail miserably, pressurized air cans dislodge the dust and grime, making subsequent vacuuming or brushing a piece of cake.

Pressure washers are very much similar, both in the way they operate and their unparallelled efficiency. A pressure washer has the ability to perform small miracles on hard surfaces, regardless of whether you’re trying to remove paint, hardened grime or anything else that shouldn’t be there.

How they work, and why they’re the best in the business

If you have some old paint or grime on a surface, how are you going to go about removing it? Most people try to scrub the surface with water and detergent, with poor results. When this doesn’t work, they’ll go on to grab ahold of something metal and sharp to try and remove the unwelcome addition. While this usually does the job, it also removes paint or even pieces of the surface.

With pressure washers, high-pressure bursts of water (oftentimes hot) will soften the grime up for the blow. After enough persistence, whatever was causing an aesthetic disturbance simply washes away, leaving a clean surface.

These machines are used on a variety of materials, from metal and concrete to different types of wood. They’re equally effective across the board, although drying the wood might be difficult later on.

Aside from industrial and professional uses, many pressure washers found their way to people’s homes; whoever owns one probably can’t imagine dealing with difficult hard-surface cleaning without it. If you’re in the market for one of these, read on to find out the best models for everyday use…

Generac 6602: With its 212 CC and a 3,000/2.7 PSI/GPM ratio, the Generac is among the more powerful commercial pressure washers that you’ll come across. A $400 price tag is slightly higher than that of some other models, possibly explaining why the machine has a somewhat-expensive look to it. The height makes maneuvering a breeze, but might make transporting harder; the hose also isn’t among the most flexible ones. In terms of water output, however, you can rely on this blaster to take care of business nearly all of the time.

Simpson MSH3125: A nice alternative to the Generac, Simpson still does a good job of removing anything from graffiti to hardened spills. Since it can be folded, it’s probably the best pressure washer you’ll come across if you’re concerned with transportation and storage, although its appearance is nothing to write home about.

AR383 Blue Clean: While the blueish hue of the AR383 is nice, it still sports a plastic-looking appearance. Unlike the previous two devices, the AR383 runs on electricity instead of gas; despite being weaker than the previous models at ‘just’ 1901 PSI, it’s also a lot more popular for home use thanks to its weight and size. A true portable machine, the AR383 only weighs 17 pounds and costs $150, making it a bargain for most home owners.